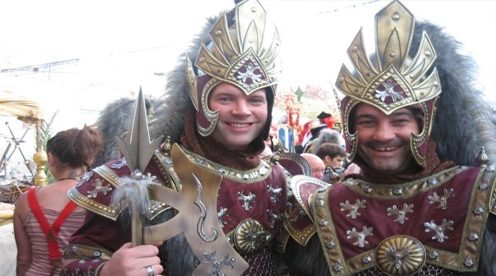 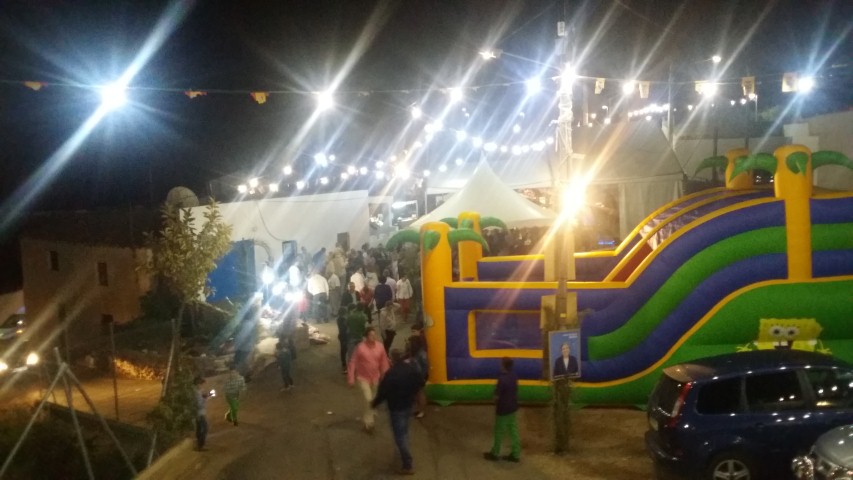 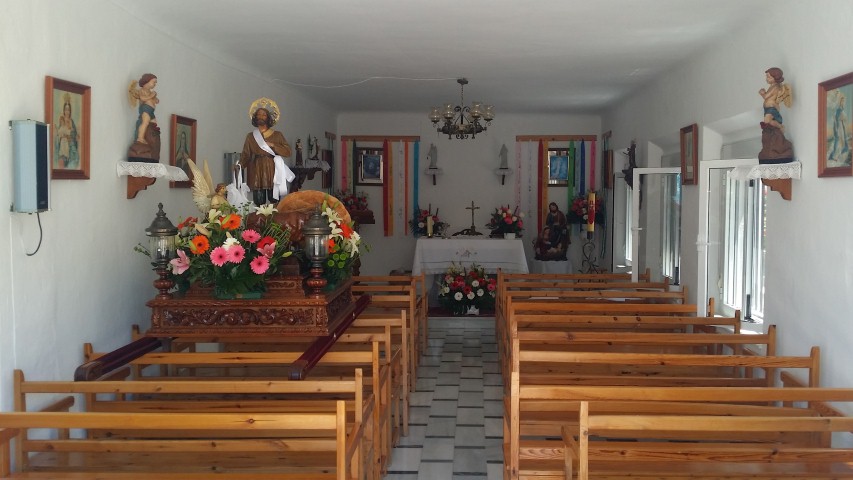 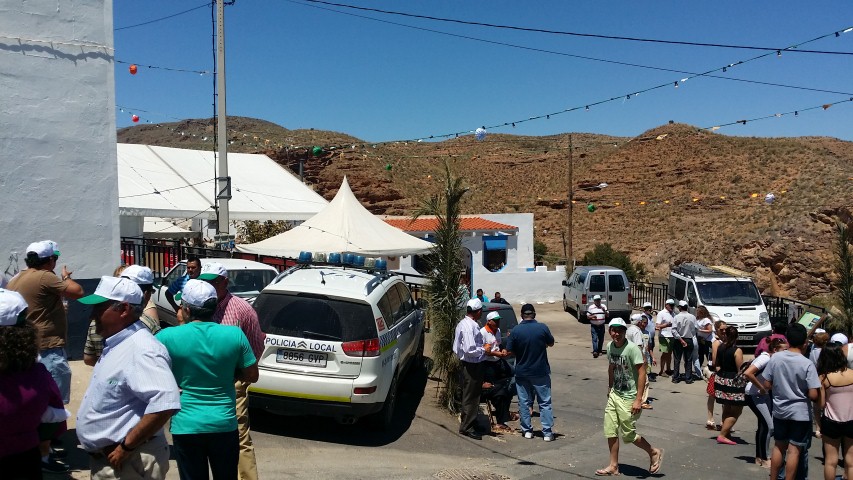 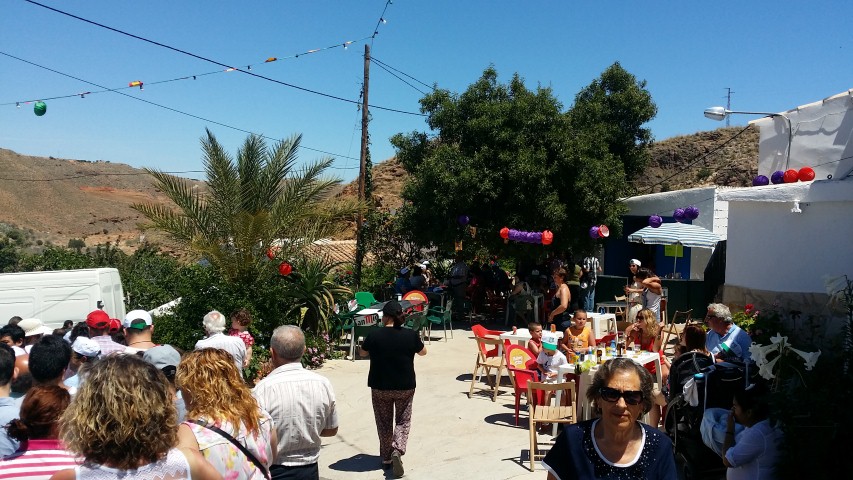 Mojácar celebrates the official day for Andalucian region with concerts and public acts.  As in the rest of Andalucía, Mojácar takes advantage of the carnival season to take to its streets to recall with ironic songs and costumes what has happened in the world, and above all in the town over the past twelve months.  The carnival celebrations are stronger every year.

This is a festival dating back to pagan times.  Families and large groups head for the countryside for picnics and barbecues.  They take with them a homemade effigy la Vieja (the Old Woman), made of paper and cardboard filled with sweets.  La Vieja represents the winter and at the end of the day she is hung from a wooden frame or tree and stoned by the children until the sweets are revealed.  The stoning of her symbolises the end of the winter season so spring time can be greeted.

Mojácar celebrates the warm spring weather and the beginning of the beach-days with the celebration of some attractive processions which wind through the narrow streets of the town, particularly o­n Holy Thursday and Friday.  The famous Procesión del Encuentro reaches its peak under the gate of the city.  The activities begin with a concert from the municipal band.

On the Sunday nearest to the 15th of the month, carts are adorned with flowers and drawn through most of the municipality, ending in the hamlet of Sopalmo where the municipal band awaits, to begin the fiesta and dances.

This is without doubt Mojácar’s biggest festival, not just because of the large participation from the town’s-folk, who prepare for this event all year long, but also for the spectacular commemoration of the submission by the town to the Catholic Kings and the peaceful co-existence of the two cultures of the times. The festival always begins o­n a Friday with the opening of the Moorish and Christian camps (known respectively, as kabilas and cuarteles), and the festival continues, uninterrupted, until the final glorious parade o­n the Sunday evening.

Music Festival at the Fuente: July

In the perfect setting of the fuente (the fountain), surrounded by the thirteen water pipes, musicians offer concerts from flamenco to chamber music for the delight of locals and visitors alike.

The charming hamlet below Mojácar celebrates her patron day sometime during the first two weeks of August.The traditional ribbon race, dance-music and the coronation of the fiesta Queen and the courtiers make up the attractions.

The traditional festival in honour of San Agustín is held during several days around the date, and always includes the nearest week-end.  Along with the evening dances with live groups, other enjoyable concerts and sports activities are held.  Also not to be missed is the bringing of the water from the fountain to be offered for the Saint’s blessing, when the Mojaquera maidens wear their traditional outfits.

Many activities o­n this day to celebrate the Virgin of the Rosario Saint, including the traditional ribbon race o­n horseback for married folk.

An excellent time to participate in some of the special masses and concerts held in the parish church.  New Year’s Eve is particular fun with the consumption of the twelve lucky grapes and cava held in the square under the clock tower and the various parties that follow after.