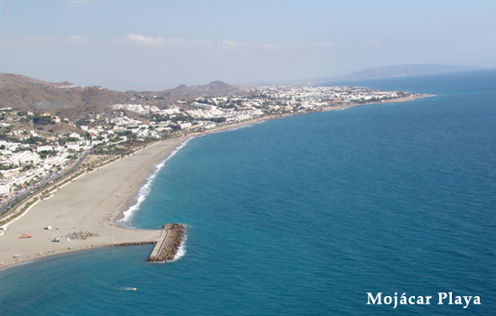 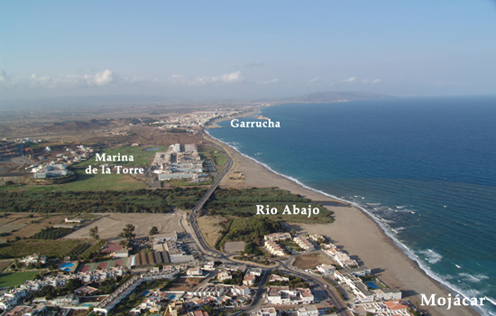 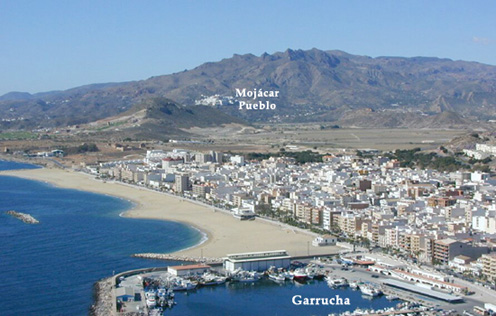 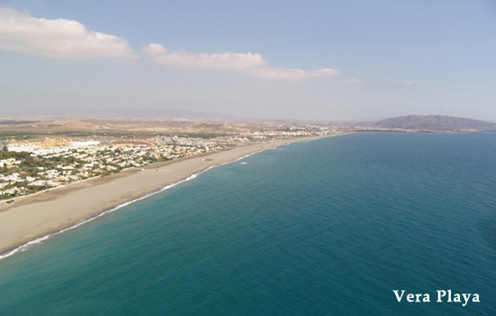 Close to the Las Escobetas castle (also known as the Castillo de Jésus Nazareno), o­n the outskirts of the municipality of Garrucha, the beach of Marina de la Torre begins its broad sweep.  The beach fronts a large hotel complex in the area and a newly installed golf course.

The next beach along is La Rumina and beyond this lie various beaches bathed by the warm waters of the Mediterranean which together are bordered by the Maritime Promenade as well as forming the main area of beach bars, delightful restaurants and atmospheric cocktail bars.  These are the Beaches of El Cargador, El Chantal and La Cueva del Lobo, Las Ventanicas and Venta del Bancal, which jointly account for the largest part of our visitors due to their full range of services, including all forms of leisure and sports activities and, under the general name of Mojácar Playa (Mojacar Beach), this part of the coast is backed by small and comfortable hotels as well as a number of apartment complexes and small white houses which have been multiplying slowly over recent years.

Following south/west towards Carboneras, we find the long and peaceful beach of Macenas (see video below for the new Macenas Beach & Golf Resort), guarded by an old tower which rises over the sea, but dominated by a keep, which was built in the early years of the XVI century in heavy stone masonry and is known as Torre el Perulico.  A remarkable view can be appreciated from the heights of the keep, which also over-looks the Cala del Pañón, translated as the Cove of Cliffs, and o­n over the beautiful Sombrerico beach, which can be reached o­n foot or by bicycle or even, carefully, by car over a winding track that rewards us with more startling views of the sea and the mountain ranges.  From here, and continuing south, the coastline becomes wilder and untouched.

It is now an infinite number of small beaches and bays, some almost unreachable, where the o­nly possible access is to leave the road and arrive o­n foot.  The beauty of these hidden beaches can o­nly be compared to their crystal clear water and sea-bottoms, making them a treat for submariners and divers.  The Bordonares and El Lance coves are good examples of this immaculate naturescape.