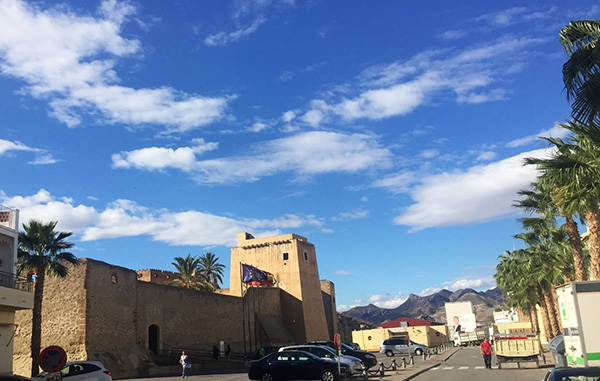 Property sales in Cuevas del Almanzora. It is probably one of the oldest towns of Spain, the history of which goes as back as Neolithic age. With its rich history of eastern Almería, this town happened to be the home for Phoenician, Carthaginian, and other settlements like Roman. A huge number of caves enlighten the medieval history that the town enjoys. Such caves were home to a huge number of people for centuries in the past. The Renaissance fortress of the Marquis de los Vélez was built high up in the town, extended in 1770, and is probably the fascinating element of the historic part of Cuevas del Almanzora. The cultural events of the town are usually organized in the Cuevas Archeology Museum and the Municipal Library. But that is not all. Other places of interest include the Parish Church de la Encarnacion: Founded in the 18th Century in the Baroque style and protected as a National Monument since 1982. The main altar has a valuable painting of the Last Supper. Hermitage of San Pedro de Alcala: This houses the image of the Patron Saint of the town. Convent of San Antonio: This was a charity hospital for more than one century and is dedicated to Saint Anthony of Padua.

The town does also have aesthetics to offer with its stunning coastline of cliffs and a number of coves which may include Pozo del Esparto and El Calón along with the beaches like Palomares and Villaricos. Tourism in the last spots have been tremendously increased over the years since a number of residential developments, campsites, nautical sports ports, and a promenade has been made available. Diving and golf may be the most conspicuous outdoor activities that you can enjoy in Cuevas del Almanzora. If all of this is sufficient for you to get established in this town, it is time for you to contact RMB Spain for the finest deals on properties.